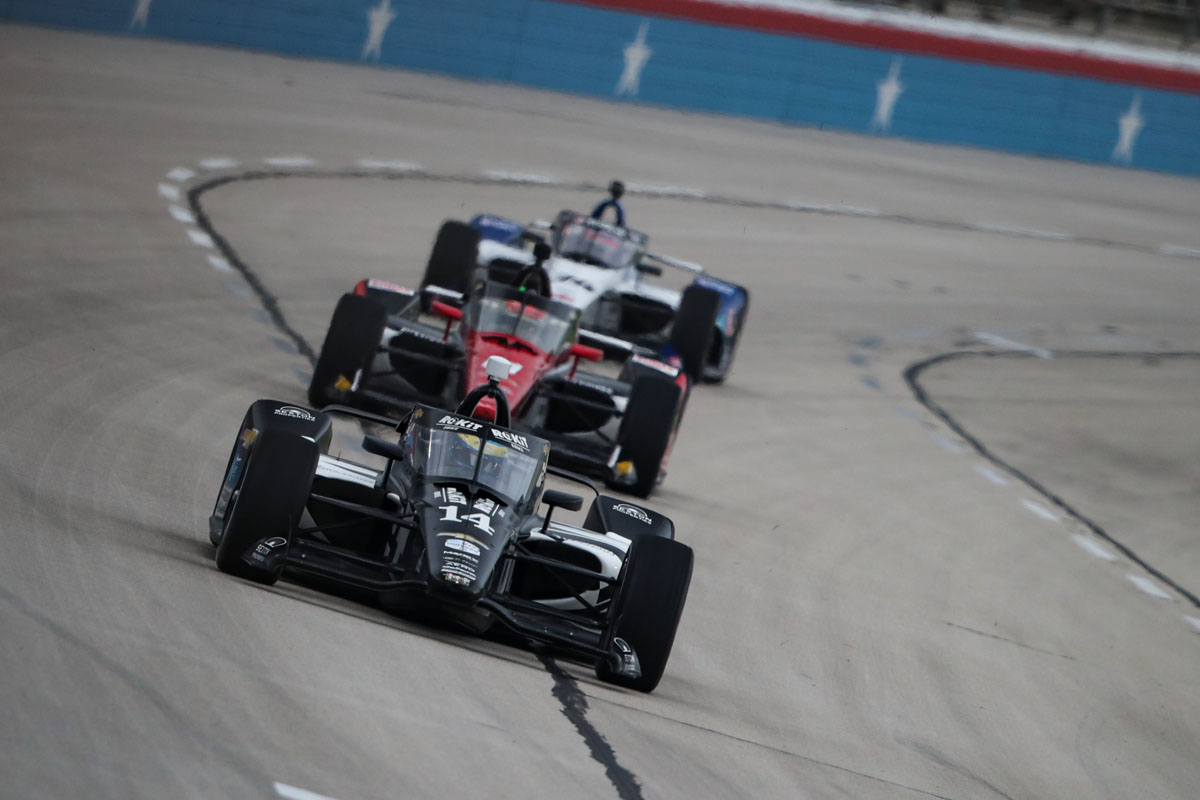 Storms in the area threw a monkey wrench into the NTT INDYCAR Series’ return to Texas Motor Speedway for the Genesys 300 & XPEL 375 doubleheader. Rain on Saturday morning delayed the start of the sole practice and then qualifying for the Genesys 300 was cancelled as the forecast of evening storms threatened the race being completed. Cars would line up according to the team owners’ point standings. The change-up gave Sebastien a starting berth of seventh.

For Sebastien, it was a fortunate turn of events as he was not happy with the No. 14 ROKiT Chevrolet after practice—the only one of the weekend. In the race, Sebastien got off to a solid start—maintaining his seventh place until it was time for his first pit top. On lap 55, strategist Larry Foyt called Bourdais to the pits. Bourdais ran low into Turn 1 only to find Colton Herta running slower than normal. Sebastien checked up but unfortunately for him, Josef Newgarden did not slow enough and he hit Bourdais squarely in the rear in Turn 2. The impact sent Bourdais into a hard left and then the car shot up the banking and it hit the outer retaining wall hard with the back end, eventually coming to rest in the middle of the track. Bourdais was not injured in the accident.

“Tough break for the No. 14 ROKiT Chevrolet,” said Bourdais, visibly disappointed. “Not entirely sure how we got there, but we really struggled with a tough car to drive in testing here and then in practice here this afternoon. When the race started, we actually were pretty racy and competitive and it looked like we had something to play for. Then I got run into just before the first pit stop and got wrecked. It’s a real shame but we’ll try to come back stronger tomorrow.”

The ROKiT crew worked until midnight repairing the car and were back at it in the morning two hours before the garage officially opened at noon on Sunday for the XPEL 375. In a second bout of unfortunate circumstances, the race would end for Bourdais before ever taking the green flag. The XPEL 375 at Texas Motor Speedway had barely started before it ended for Sebastien as a multi-car wreck on the frontstretch claimed six cars. All of the drivers emerged without injury but their cars sustained heavy damage.

Sebastien Bourdais rightfully asked, “Is there a target on my back?” afterwards as his No. 14 ROKiT Chevrolet was hit from behind for the second race in a row.

“The second day here at Texas and the No. 14 Chevy ROKiT didn’t even manage to get through the green flag,” said Bourdais. “It’s really a big shame because the guys had worked very hard until midnight to fix the car and we were just a victim of circumstances again. Got taken out at the start and there was nothing we could do, so we’ll try to rebound and have a good month of May.” 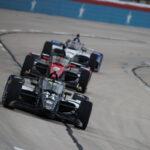