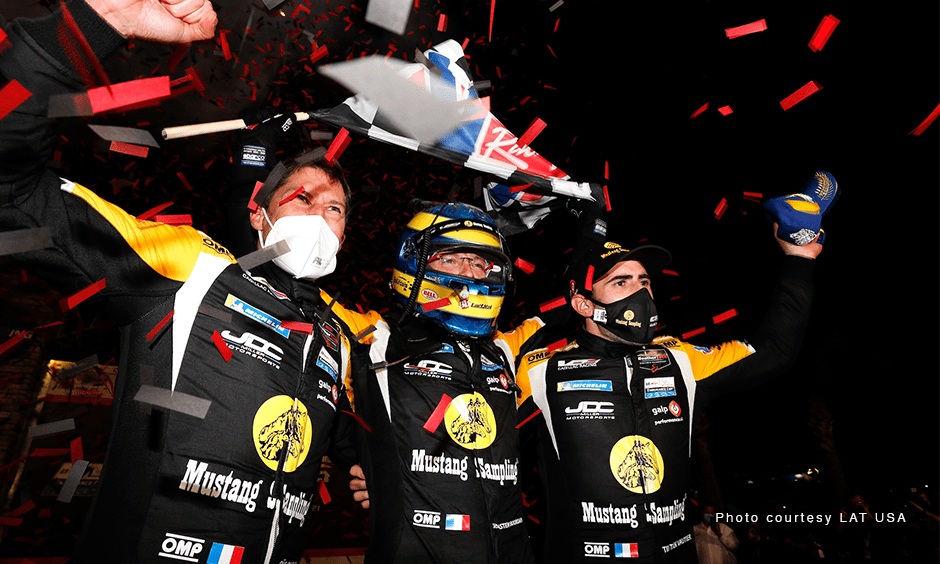 Bourdais, Loic Duval and INDYCAR veteran Tristan Vautier – all Frenchmen – ralled from two laps down and multiple incidents to win the around-the-clock endurance racing classic in the No. 5 Mustang Sampling/JDC Miller MotorSports Cadillac. Bourdais also earned the overall victory in this race in 2015.

The French Connection beat the No. 55 Mazda to the finish by 1.435 seconds. The No. 48 Ally Cadillac Racing team crossed the finish line third, 1.641 seconds back, with a driver lineup that included 2016 NTT INDYCAR SERIES champion and 2019 Indianapolis 500 winner Simon Pagenaud and 2021 NTT INDYCAR SERIES rookie and seven-time NASCAR Cup Series champion Jimmie Johnson. But the team was moved to last in class after officials ruled Pagenaud exceeded the four-hour maximum drive time in a six-hour period earlier in the race.

Bourdais survived a late-race restart and losing the top portion of his rear wing over the final 20 minutes of an eventful race. An accident by a GTD-class Mercedes driven by Maro Engel spawned a late caution that set up the frantic finish.

“If you want to look at why it’s (the win) improbable, the rear wing is missing,” Bourdais said. “After the restart, I lost the rear element, and the center of pressure shifted about 6 or 8 percent forward. I thought I was going to crash it going into the last corner, and I had no idea I would be able to drive it.

“I just went full stiff front bar and full soft rear bar and just hung in there. But that thing was so quick, and I thought we lost it because we lost the rear wing.”

The No. 5 also required a front wing replacement earlier in the race after a collision with the No. 48 Ally Cadillac.

It appeared that six-time NTT INDYCAR SERIES champion Scott Dixon was headed toward his first Sebring victory late in the race, as he was leading in the No. 01 Chip Ganassi Racing Cadillac. But he made contact with the No. 25 Team RLL BMW GTE of Connor De Phillippi with 70 minutes remaining while making a late dive to enter pit lane. Dixon’s teammate Renger van der Zande drove the damaged car to the finish, placing fifth.

2016 Indianapolis 500 winner Alexander Rossi was part of the driver lineup for the No. 10 Konica Minolta Acura that ended fourth for Wayne Taylor Racing, which won the Rolex 24 At Daytona in January. 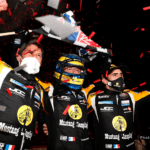