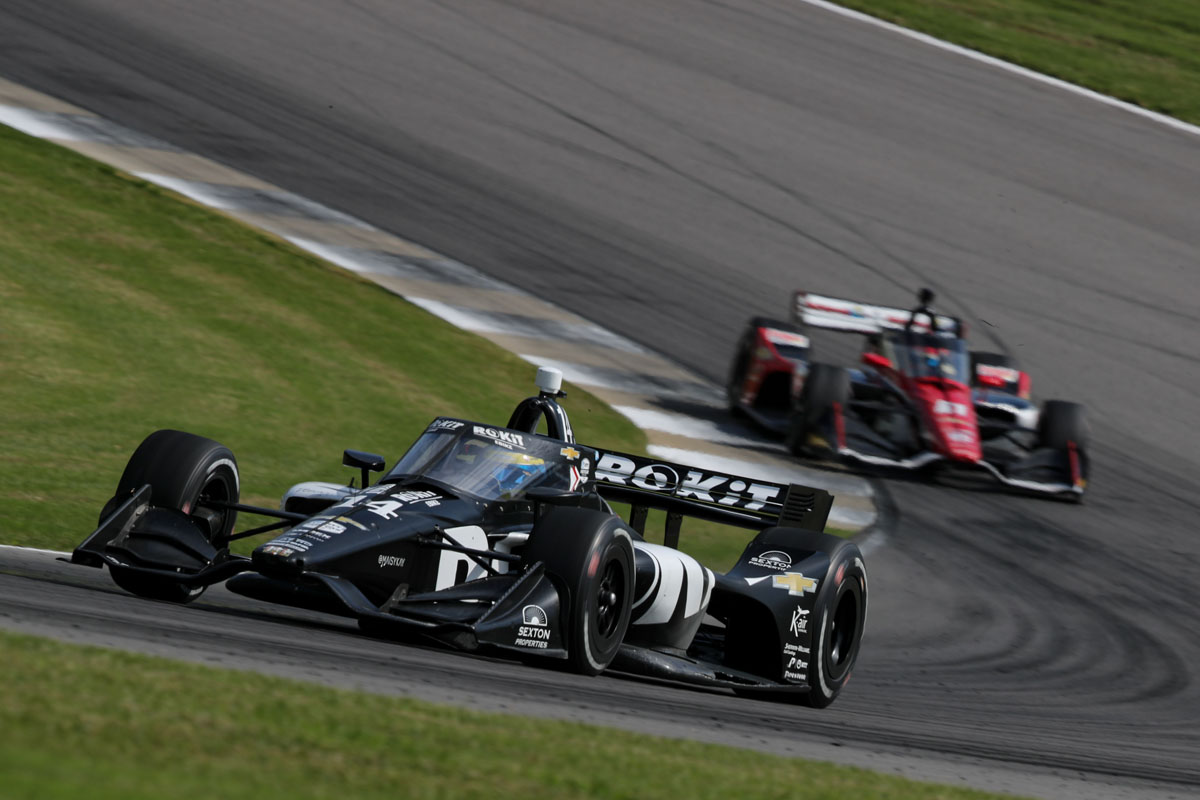 Sebastien Bourdais drove the No. 14 ROKiT Chevrolet to a top five finish in the Honda Indy Grand Prix of Alabama giving AJ Foyt Racing its best start to the NTT INDYCAR Series season in years and best finish ever at Barber Motorsports Park. If there was a Hard Charger Award, Bourdais earned it. And he did it the hard way—starting 16th and barely skirting through the first lap melee triggered by Josef Newgarden’s spin that sidelined several cars. Both Bourdais and his teammate Dalton Kellett, who started 23rd in the No. 4 K-Line Insulators USA, got through the multi-car crash but they sustained damage to their cars’ undertrays.

Kellett pitted as a precaution on lap three when the pits opened during the six lap caution period. The decision proved fortuitous as he had a bent rear wheel. Bourdais thought he might have a damaged front wing but the crew eyeballed it and told him to stay out. The key strategy call came during the next full course yellow on laps 10-11 when race strategist Larry Foyt and his engineers radioed to Bourdais to pit. The move set him up for a three stop race that allowed him to run hard against those committed to a two stop race where saving fuel was paramount.

Following that second full course caution, the race ran green for the final 79 laps. Bourdais, who led twice during the pit stop cycles, had some heated battles on track as he clawed his way to the sharp end of the grid with some masterful passes under braking. The ROKiT crew came through with their best stop of the race on lap 63 before the final stint. On fresh blacks, Bourdais battled with Pato O’Ward who was able to leapfrog ahead by dint of his final stop which set up a tight battle amongst Bourdais, O’Ward and Marcus Ericsson. O’Ward muscled his way past Ericsson and set sail. Four laps later, Bourdais moved past Ericsson and into fifth. Once Foyt radioed Bourdais could stop saving fuel, he took off after O’Ward and closed the gap but had to settle for fifth.

“A really good run for the 14 ROKiT Chevrolet and A.J. Foyt Racing,” said Bourdais who was obviously pleased with the result. “A very solid day, a really solid race, good strategy, good pit stops and good pace so really happy for the whole team. We overcame a really dodgey day starting 16th and we put on a good show, made a bunch of passes so really happy for everybody. I’m looking forward to St. Pete.”

After surviving the first lap dustup, Kellett ran a solid race and finished 18th in just his ninth NTT INDYCAR Series race. “It was a pretty chaotic start,” said Kellett, adding, “We got collected in a bit of that mayhem going through Turn 3 and into Turn 5 and kind of tagged Newgarden. We got some damage to the right rear and right sidepod, brought the car in for service, replaced a bent wheel with Firestone reds on it and put blacks on it.

“That changed our strategy up a bit because we had to run blacks for the whole race but that effectively opened up the window for us to fuel save and do three longer stints” he explained. “I think our overall pace was alright and I just need to work more on fuel saving while hitting that lap time.”

A.J. Foyt, who made it to only two races last year—the Indianapolis 500 and the season finale in St. Petersburg—was quite pleased with his team’s performance. “I was glad to see the 14 be leading the race for a change, it’s been long time since I’ve seen that,” said the seven-time Indy car champion. “Sebastien did a helluva job, got a little damage to the undertray in that first wreck but he came back hard and drove a great race. The crew did a great job in pitstops and Larry called a perfect race. Fifth is not what we’re satisfied with but it will get better. Dalton drove a good race, he’s kind of a rookie and still learning. He got in that wreck too and tore up his undertray which really hindered him but he drove a good race and stayed out of trouble; he drove a smart race.”

Team President Larry Foyt summed up the day by saying, “Really good start to the season for AJ Foyt Racing. We didn’t have the pace in qualifying we wanted, so both cars had to start towards the back. We were able to hit a decent strategy and Seb made some awesome passes to get the 14 car a top-five finish. Dalton was mixing it up through the field as well and gained a great deal of experience today.”

Alex Palou won his first career INDYCAR race after starting third and leading the most laps. Will Power finished second followed by current INDYCAR champion Scott Dixon, O’Ward, who led the second most laps at 25, and Bourdais, who led a total of four laps. The series heads east to St. Petersburg, Florida for the Firestone Grand Prix, which will be broadcast live Sunday, April 25th on NBC starting at 12 noon ET. 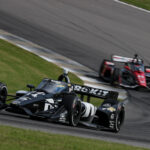