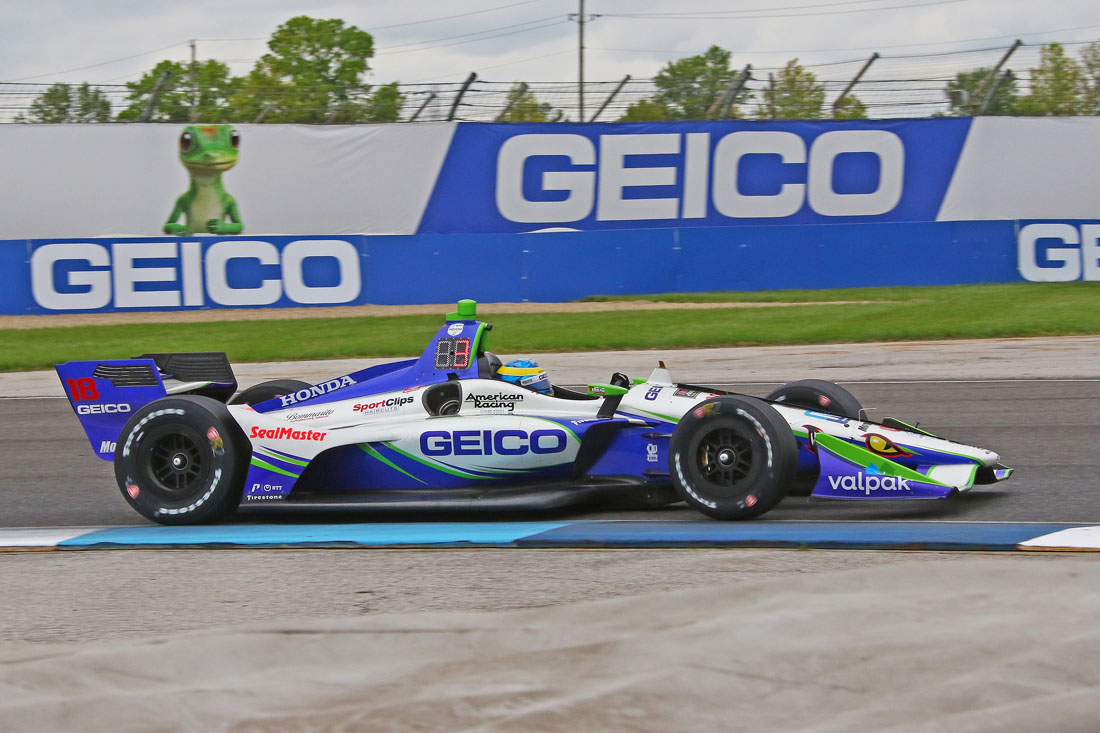 Sebastien Bourdais drove a solid race in what can only be described as tricky conditions to finish 11th in today’s INDYCAR Grand Prix on the Indianapolis Motor Speedway 2.439-mile, 14-turn road course in Speedway, Indiana. Bourdais, behind the wheel of the No. 18 GEICO – Dale Coyne Racing with Vasser-Sullivan car, started 10th and ran in the top-10 for most of the first part of the 85-lap contest. As the race progressed, Bourdais’ skill and a solid strategy got him into the top-six. Unfortunately, the team made the decision to go with black (primary Firestone tires) during his third pit stop. When the conditions deteriorated into a heavy rain, he was forced to pit again for rain tires erasing any hope of a top-five finish. Bourdais earned 20 points today and remains eighth in the championship standings with 111 just 27 points out of fourth.

“The GEICO crew did a great job in the pits and I think we should have finished in the top-five, but we ended up 11th. It was a really tough race. Most of it under a light drizzle, which was tricky. Then it really started to rain. I made a couple of mistakes and I benefitted from a couple of mistakes from the other guys. The car still had too much understeer and it wasn’t the ultimate fastest car, but toward the end of the stints I felt we were better than most. We were on the right strategy…red (alternate Firestone tires), red, red…then we went with the blacks (primary Firestone tires) which turned out to be the wrong decision. So now it’s on to the Indy 500.” 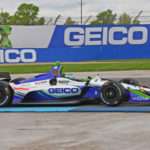