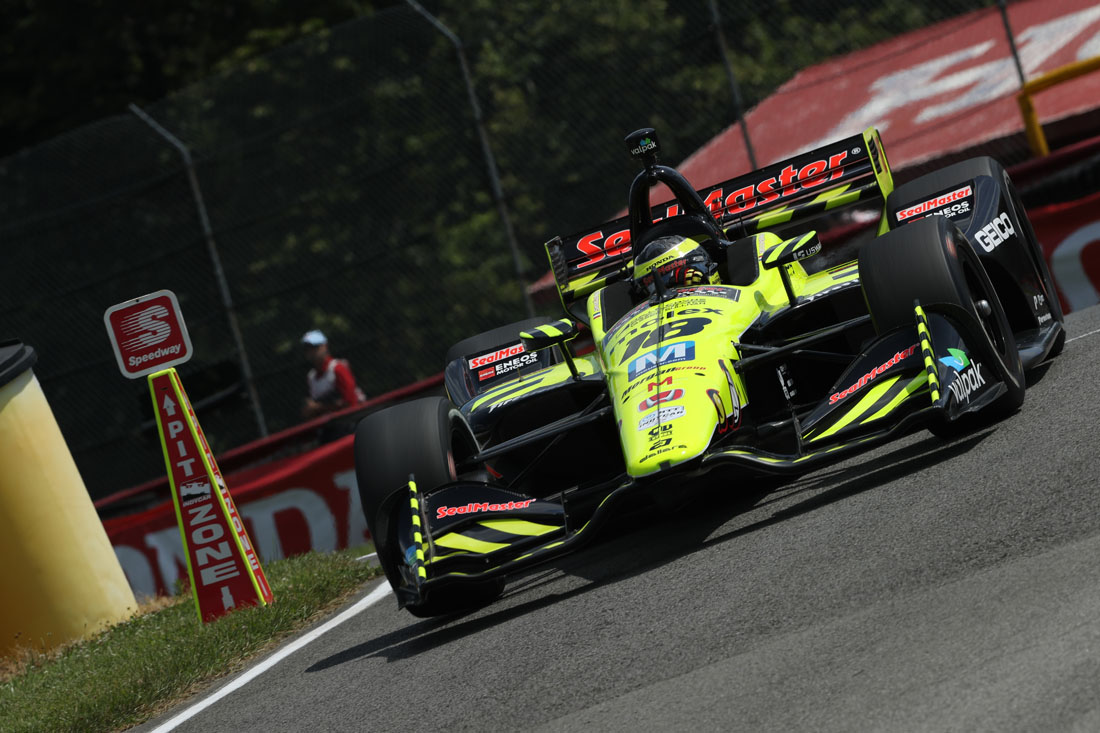 Sebastien Bourdais had a strong qualifying run and will start fifth in tomorrow’s Honda Indy 200 on the 2.258-mile, 13-turn Mid-Ohio Sports Car Course permanent road circuit in Lexington, Ohio. Bourdais, in the No. 18 Team SealMaster – Dale Coyne Vasser-Sullivan entry, went out in Group 2 in Round 1 of qualifying and posted the fastest lap of the 12 drivers in his group. As a result, he advanced to the second round where he almost got caught out when the No. 60 car went off track while Bourdais was on his fast lap. The dirt from the off-track excursion forced Bourdais to abort, but he recovered and on the next lap recorded the sixth fastest time making it into the final round, the Firestone Fast 6. In the finals, Bourdais logged the fifth fastest lap of the session and will start on the inside of row three tomorrow…a far cry from the last place starting position he had last year when he had a miscue in qualifying, but in the race charged to a sixth place finish in one of the finest driving performances ever witnessed.

“The SealMaster Honda No. 18 is strong and has been strong all weekend. A very solid effort by the whole Dale Coyne Vasser-Sullivan team. The first run was perfect. It was just about as good a run as I could do. I may have had a little bit more in it, I over shot one corner, but I could bring the tires perfectly where I wanted them to be. In the second round, the 60 car went off the track in turn two and threw a lot of dirt on the track when I was on my hot lap. So I had to abort that lap and go again. In the Firestone Fast 6 we re-ran the tires from the second round. The sun came out a little too early for us and the hotter track temperature hurt us a little bit, we lost a bit of grip. When you are first in the first round you want to do more, but I’m happy with fifth especially after last year.” 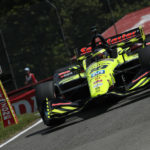