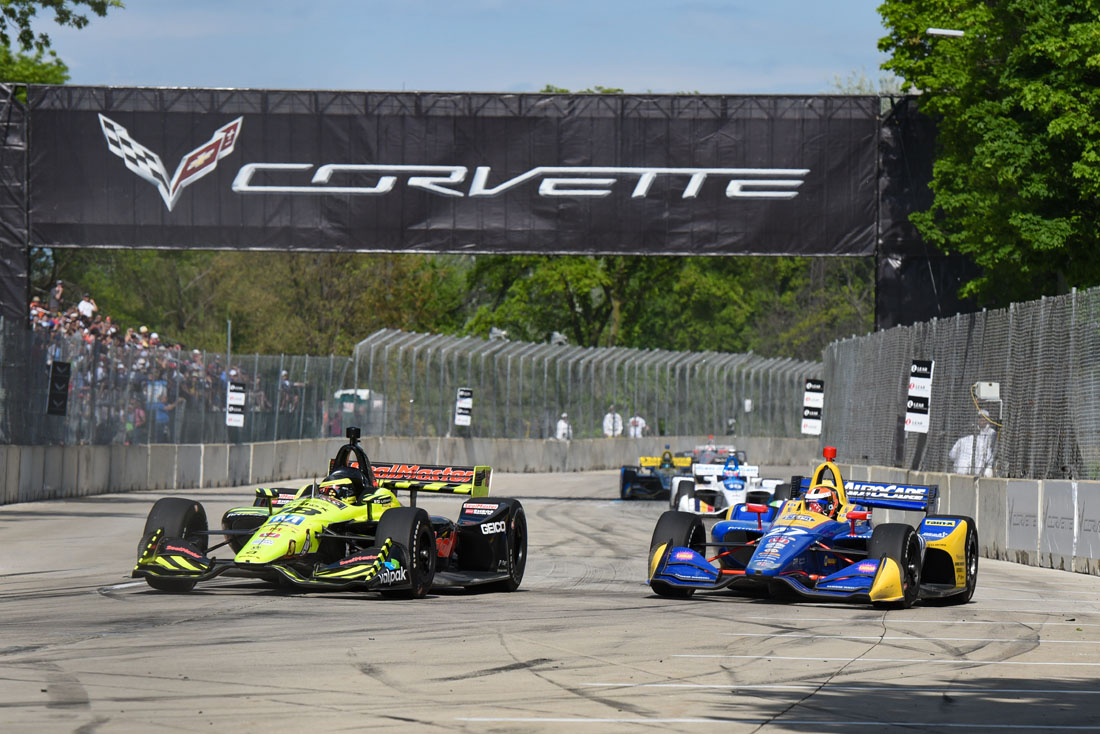 The Chevrolet Detroit Grand Prix Race 1 was shortened from 70 laps to 75 minutes (43 laps) due to severe weather at the start of the race. Sebastien Bourdais used his considerable skill in the wet, and eventually a dry track, to move from 16th place, where he qualified, to finish 11th on the 2.35-mile, 14-turn Belle Isle temporary street circuit. The race was declared a “wet” race so drivers started on rain tires and in a single file. Bourdais quickly moved into the top-12 in the wet. As the track began to dry the team pitted on lap 19 for fuel and black primary Firestone tires.

“In a short race like this it’s tough to make anything happen. It was really difficult in the wet. I struggled to keep the rear tires together. We were going to pit a bit early and sure enough the yellow came out right when we were deciding what to do, so we missed the shot. After that everyone went on slick tires. I made up one or two spots. There were a couple of mistakes and we recovered to 11th. There just wasn’t enough time to make much happen. The cars in front were doing a good job. I felt I was a bit faster at times, but not enough to make moves. Not the greatest day, not the worst day. We’ll keep working on the SealMaster No. 18 and see what we can do tomorrow.” 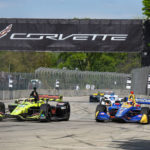