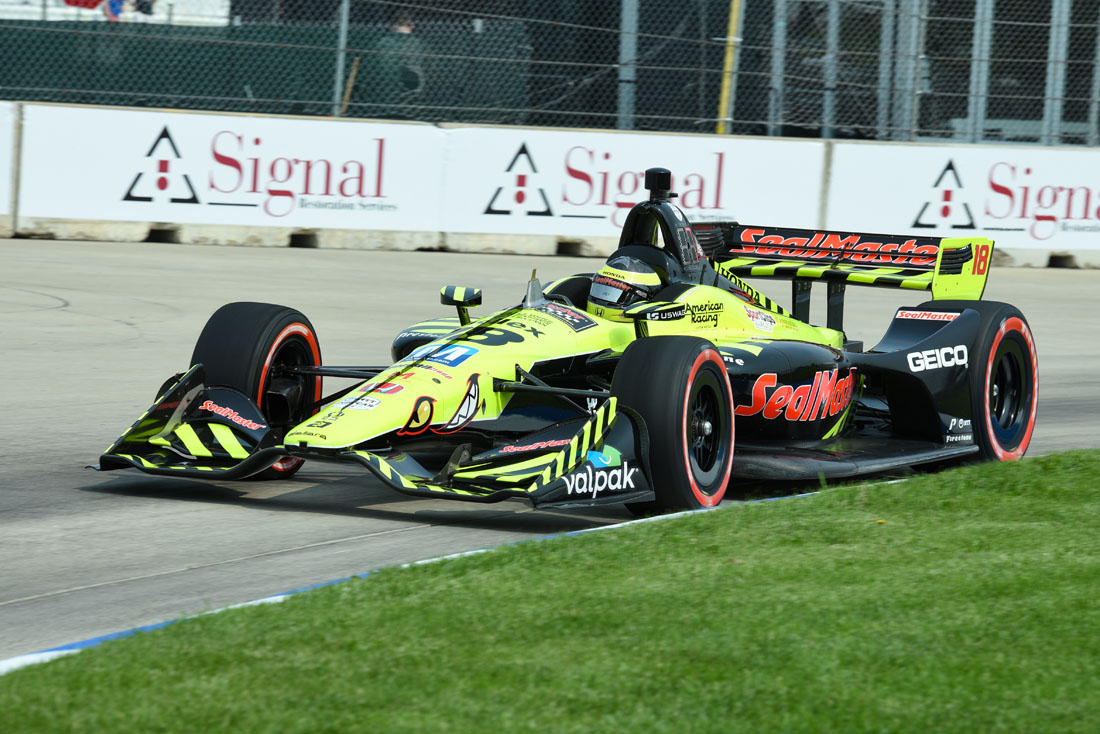 Sebastien Bourdais overcame an intense incident that saw him “wheelie” for several yards to finish ninth in the Detroit Grand Prix Race 2 on the 2.35-mile, 14-turn Belle Isle temporary street circuit. Bourdais began the day by qualifying ninth. He moved into seventh on the opening lap, but pitted on lap three in a strategy move to switch from the Firestone red alternate tires to the black primary tire. On lap 14, he was involved in an incident with Spencer Pigot, who tried to pit from the middle of the track as Bourdais was making a run on the inside.

The contact tore off Bourdais’ front wing and lifted the nose of the car sending it down the track on just its rear wheels. Bourdais immediately pitted and his Dale Coyne Vasser-Sullivan crew flew into action. The damage was significant, so in order to stay on the lead lap, Bourdais left the pit without a front wing and closed the gap to the field, which was running under a yellow flag. He pitted again a couple of laps later to complete the repairs and rejoined the race in 17th place. The outstanding effort by his crew kept him on the lead lap, albeit the last car in the queue. From that point on he drove an incredible race despite working with a damaged car. Twice he recorded the fastest lap of the race and three more yellow flag incidents allowed him to pick up several positions and secure the top-10 finish.

“It’s just a real shame, the incident with Spencer (Pigot), because ultimately the SealMaster Honda No. 18 was in the mix. I think we had the right strategy. We were going to be in contention. The reds (Firestone alternate tire), as expected fell off and the guys who tried to make it, didn’t. We caught up with them and I don’t know what Spencer was thinking. I had a run on the inside and he tried to make it to the pits from the center lane when I was to his right rear. Then he jumped on the brakes. I not sure what I was supposed to do. The Dale Coyne Vasser-Sullivan guys did a great job fixing the car and we reset and went again. The car was a little hurt, but we were still pretty quick. It was definitely a tough run coming from the back, but there were a lot of incidents which bought us some positions. So we’ll take our top-10 finish and move on to Texas.” 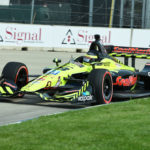