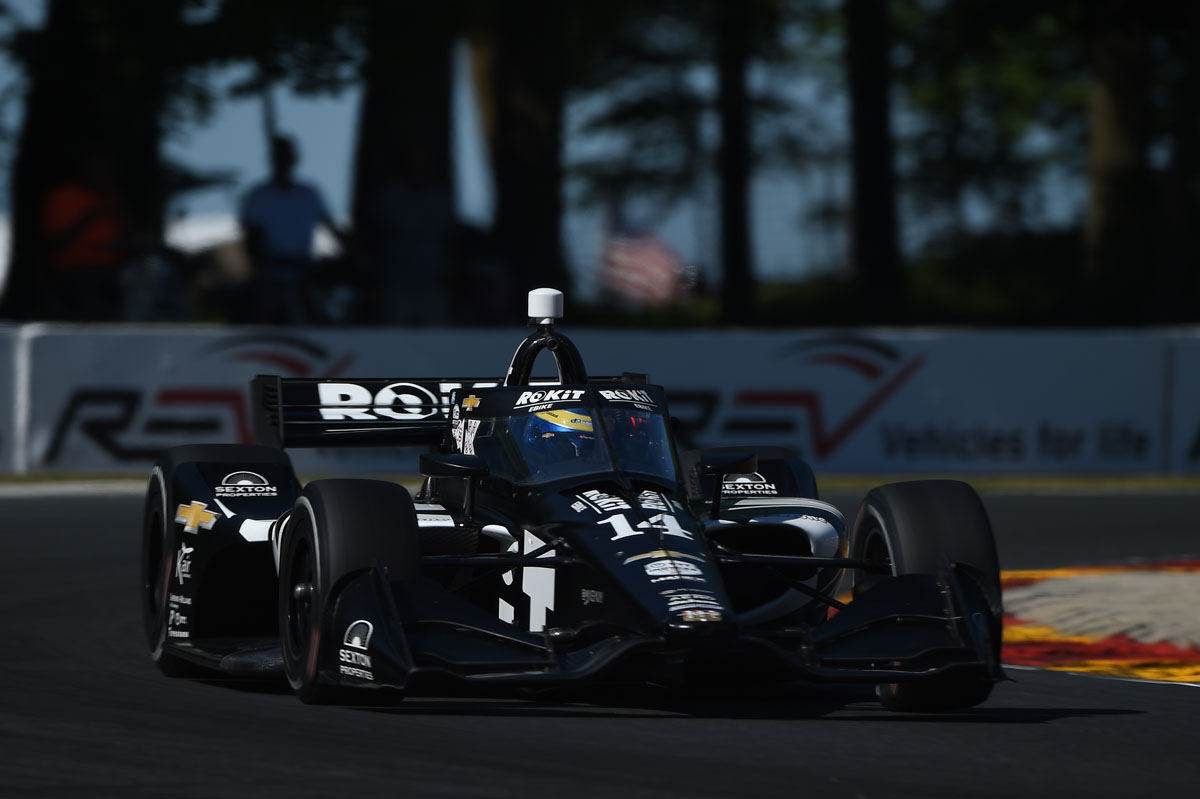 When it rains, it pours,” lamented Team President Larry Foyt amidst a light rain following the REV Group Grand Prix at Road America Sunday afternoon. Although the saying comes from an early 1900s advertising slogan for Morton table salt (referring to the fact that humidity does not affect its salt’s “pourability”), it has come to mean something entirely different, and it certainly rang true for AJ Foyt Racing this weekend.

The race started off cleanly although Bourdais admitted he didn’t get the best start and dropped from 11th to 13th in the No. 14 ROKiT Chevrolet. However, he settled in and maintained pace until the first round of stops. He pitted on lap 12 to change from the alternate tires to primaries. A slow stop cost him five positions and he returned to the race in 18th. The first of four full course cautions came out on lap 16 for Jimmie Johnson’s off-track excursion. It was just after the restart that Bourdais reported a problem with the rear and he pitted on lap 19. The crew determined the camber shims fell out of the left rear. They fixed it and sent him off, but he lost a lap and was in 23rd position.

Sebastien was able to get his lap back on lap 29 by passing Kevin Magnussen who was the only one on the lead lap that didn’t pit. A full course yellow came out on lap 35 for Magnussen who went off course. That was the lap Bourdais planned to duck into the pits for fuel and it forced Bourdais to pit for a splash in a closed pit. He then pitted again the next lap to change tires and take on a full load of fuel. At that point, his team flirted with the idea of a fuel-saving race but determined they would have to save too much fuel and lose too much time to make that strategy work.

A flurry of pit stops by the field on laps 40 and 41, saw Bourdais register his fastest lap of the race as he tried to make up ground during the pit cycles. He made his final stop on lap 48 and took on used reds along with enough fuel to make it to the end of the 55-lap race. A full course yellow on lap 52 for Ed Jones’ spin when he suffered a suspension failure, provided the opportunity Bourdais needed to get out of his personal No Man’s Land. With the field tightened up, Bourdais took full advantage and climbed from 21st to 16th in two laps.

“Pretty eventful race here at Road America,” Bourdais stated. “Didn’t get the best of starts, lost a couple of positions and unfortunately, we had a pretty poor pitstop on the first stop there and then cycled to the back. Then we lost the camber shims on the left rear so that unfortunately pretty much set the race in motion for us. After that, somehow all those yellows kind of got us back in the hunt, but we couldn’t do any better than p16 which is a pretty good recovery, all things considered.”