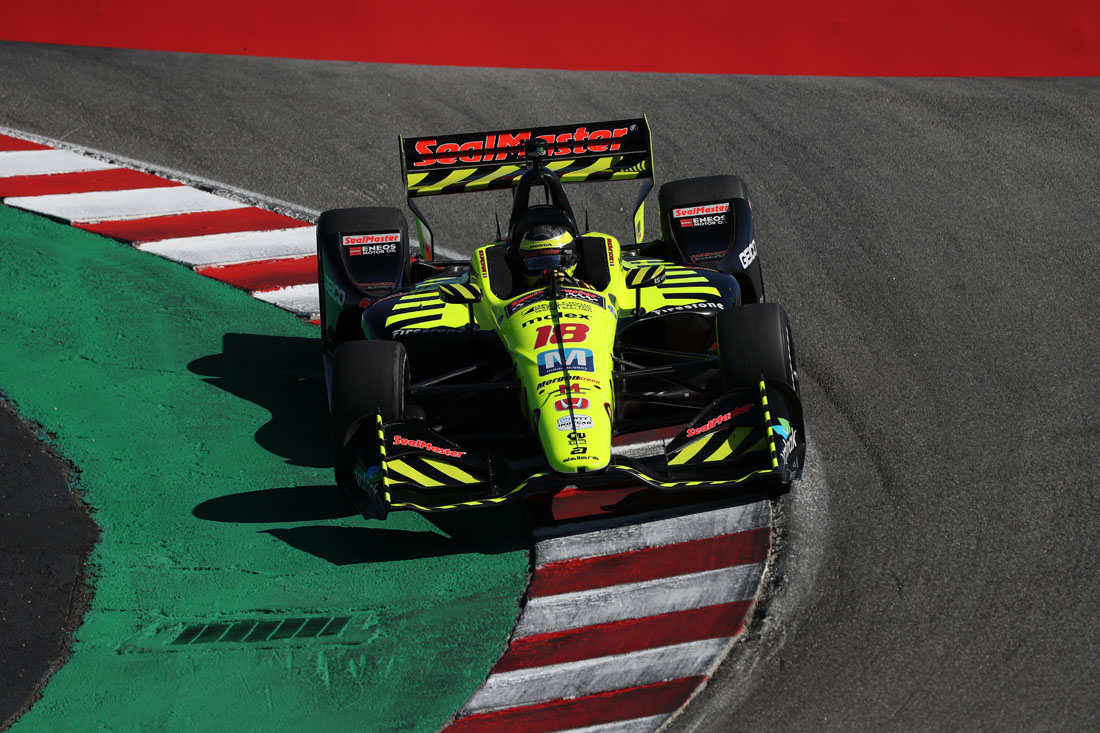 In an awesome display of grit and determination Sebastien Bourdais piloted the No. 18 Team SealMaster – Dale Coyne w/ Vasser-Sullivan machine from 19th on the starting grid to seventh in the Firestone Grand Prix of Monterey. Bourdais tweaked his neck during Friday’s afternoon practice and immediately began suffering from significant pain requiring several treatments. Despite the pain he managed to qualify on Saturday albeit in 19th place. The pain continued into race day, but Bourdais was not to be deterred. He found his groove early in the race and was often the fastest car on track. Bourdais used the speed and his tremendous talent, as well as a solid race strategy, to pass cars picking up position after position. The 12-place improvement made him the “biggest mover” in the race and the performance, particularly under the circumstances, was lauded by everyone.

“It was a wonderful way to finish the season for the SealMaster Honda No. 18 team. It was a heck of a race for us. We started 19th and about lap 11 I got in a groove. The car was clearly good and we started to show our pace. Then we gained a lot of positions on the overcut (pitting later) and we did that pretty much the whole race. The yellow also really benefitted us. It regrouped everyone and at the end we were on new red tires (Firestone alternative tire). It was a really positive note to end the season, going from 19th to seventh in a straight up fight, we’ll definitely take that and move into 2020 looking for more success.”