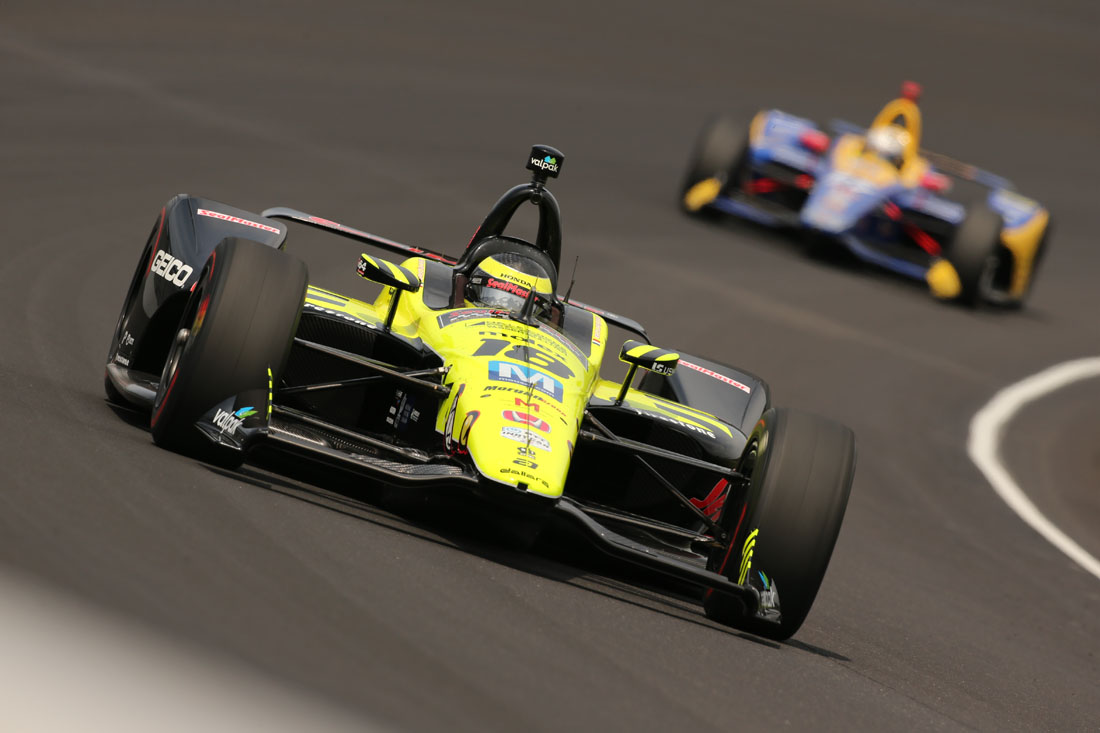 Sebastien Bourdais was having a very strong 103rd Indianapolis 500 in the No. 18 Team SealMaster-Dale Coyne Racing with Vasser Sullivan entry, but with just over 24 laps remaining in the 200 lap contest, he had an incident with Graham Rahal. Bourdais started seventh on the fabled 2.5-mile Indianapolis Motor Speedway oval and ran in the top-seven getting as high for most of the 176 laps he completed. Unfortunately, Rahal got a run on him heading into turn three and neither driver was prepared to give in. Rahal hit the back of Bourdais’ car. Bourdais was forced to turn in and the two made contact a second time sending them into the wall and ending both their races.

“It was a very solid run for the SealMaster Honda No. 18 for most of the race, but when the sun started to come out the car wasn’t as good as it had been and some guys started to charge hard. I fell back a little bit and I was hoping I could stay there. Graham got a bit of a run and I thought it wasn’t enough for him to stay there. Going side-by-side in those corners at Indy is never something you want to do. Once we got to the corner I really thought he was going to give up on it. He made contact with his right front to my left rear, which moved my car quite a bit. At that point I had to turn in. I tried to give some room. I put myself on the edge of the caution, but it was not enough. So we ended up making contact again and it was all over from there. That’s always the problem when somebody pulls a move like that so late. You either have, as the lead car, to let him go really early or the guy on the inside has to give up. I considered backing off, but I felt it was too late and Graham didn’t either, so we both ended up in the wall which is a real shame.” 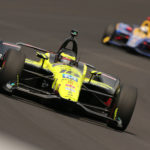