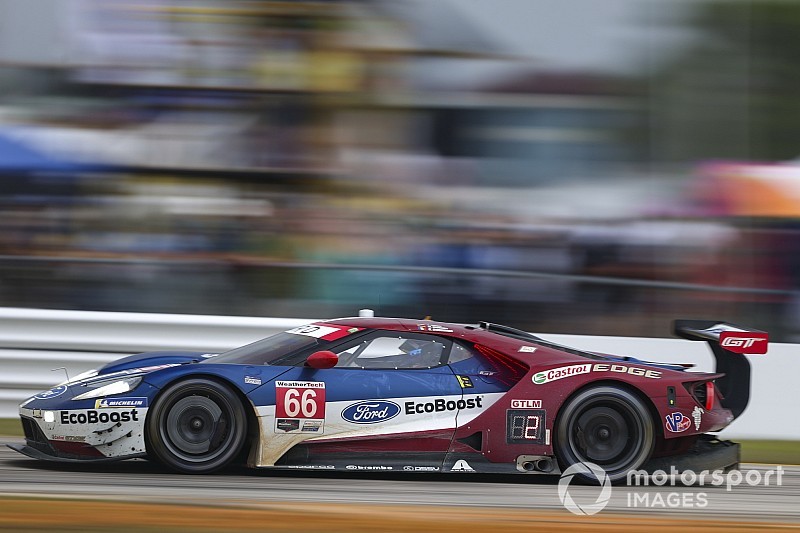 Hand was forced to miss the previous race at Long Beach after contracting a virus, which gave IndyCar ace and regular Ford enduro driver Bourdais the opportunity to pull double duty on the street course.

However, on medical advice Hand has also relinquished his ride alongside Dirk Muller this weekend, as he aims to be back to full fitness for the Le Mans 24 Hours next month.

“It’s really been a rough few weeks dealing with this very strong virus,” said Hand. “Under doctors’ orders, I’ve had to rest with no physical activity whatsoever. Only this week have I felt well enough and been given the okay to do light training and resume preparation for driving again.

“Having missed my home race at Long Beach and now effectively out of the drivers’ championship points chase, my main priority and focus is to be 100 percent for Le Mans.

“It’s so tough to miss another race,” he continued. “But with the unknown of how I would feel getting back into the racecar later this week for Mid-Ohio, I certainly did not want to jeopardize and compromise Dirk’s and the team’s chances of success.

“So we’ve made the collective decision to wait one more event before I get back behind the wheel. Fortunately having Seb available again means the team still has a great shot at the win! I’ll be cheering the boys on.”

This weekend marks the fourth anniversary of their teammates Ryan Briscoe and Richard Westbrook scoring the Ford GT’s first win, at Laguna Seca, the start of three consecutive wins for the pairing. 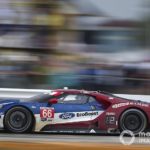