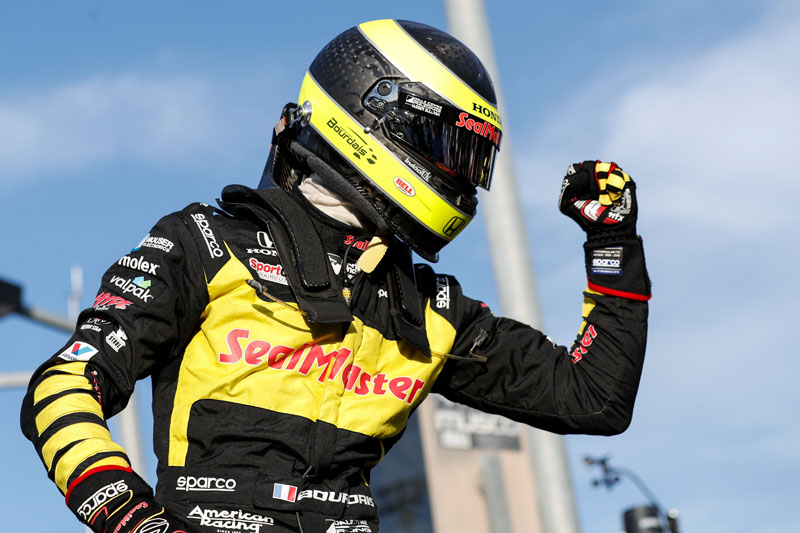 Sebastien Bourdais, in the No. 18 Team SealMaster – Dale Coyne Racing with Vasser-Sullivan Honda/Dallara/Firestone entry, went out last of the 23 cars that made a qualifying attempt…and he made it count, taking the pole for tomorrow’s Desert Diamond West Valley Casino Phoenix Grand Prix. Bourdais, who had a two-lap average speed of 188.539 mph, captured his first pole of the 2018 Verizon IndyCar Series season, the 34th of his illustrious career (seventh all-time), fourth on an oval (in 35 attempts) and first on an oval since returning to IndyCar racing in 2011. It was also the second pole for Dale Coyne Racing. The pole puts Bourdais in the driver’s seat in the championship standings. He opened the season with a win at St. Petersburg (defending his title in the city where he resides). Today’s pole places him in a position to build on the championship lead. Phoenix is a demanding one-mile oval and with the new aero kits introduced by IndyCar this year, there is a premium on running in clean air, which, obviously, is easier to do from the pole.

“I have to say every time I jump in that car in qualifying trim and stuff, I think Indy. It stays in the back of your mind. You fight yourself more than the car, I think at some point. It was just a good effort. The guys did a really good job. Obviously qualifying position is pretty big. I knew it was going to take a flat (Turn) 3 and 4. I wasn’t quite sure about Turn 1 and 2 and how much I needed to dig. The car was really solid. That SealMaster No. 18 Honda was really solid. As soon as that track temp cooled off, it just gives you all the grip you need to make it happen. It’s high tension, high pressure. Really listening to the car and making sure you don’t overdo it. It’s a great achievement for the whole Dale Coyne Racing with Vasser-Sullivan team.” 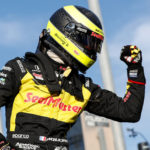