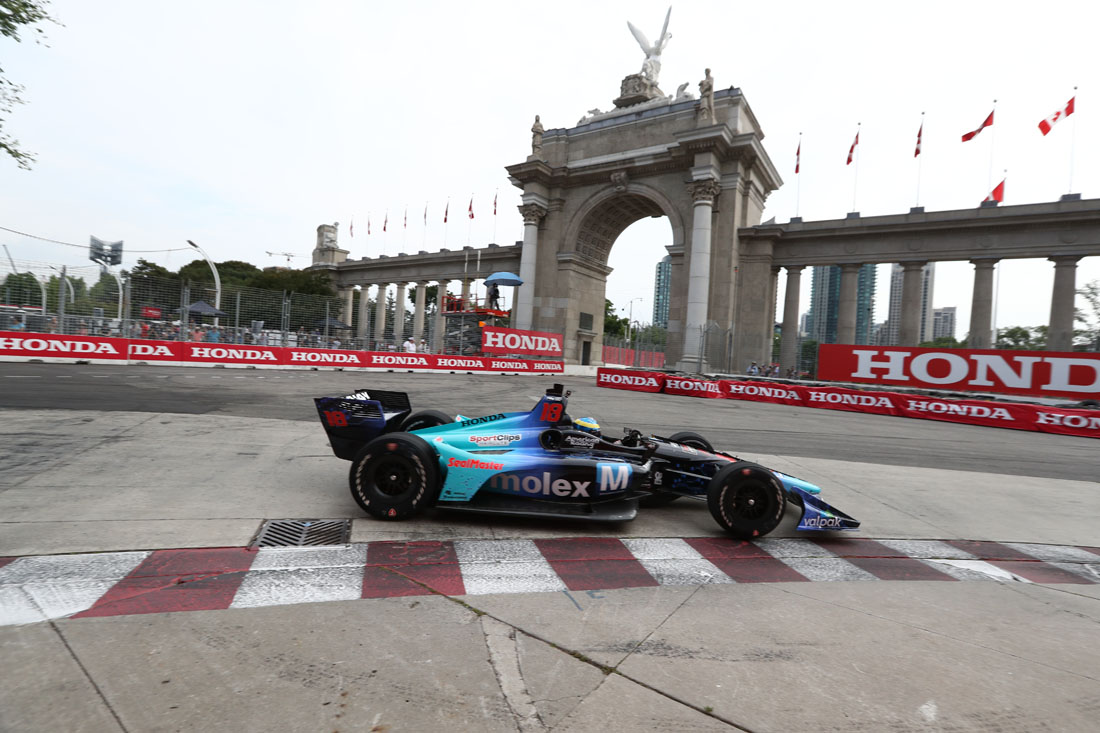 “It was a tough weekend all around for the Mouser Electronics/Molex team. I thought we had something pretty good in qualifying that could help us accomplish the usual good starting position in Toronto, but I wasn’t comfortable enough with the conditions (wet track) to challenge the car for the one lap. I didn’t do a good job, we didn’t make it through and that put us at the back of the field.”

“We tried something for the warm-up this morning and the car was far worse than it had been. So we un-winded that and threw a Hail Mary at it for the race, but the car still wasn’t quite there. It was okay on the Firestone red (alternate) tires, then we made a couple of changes during the first stop and put black (primary) tires on. As soon as we put on the blacks the car became extremely catchy, snappy and unpredictable. I made a couple of mistakes where I almost crashed then I got into turn one and I have no idea what happened. It felt like I didn’t really slow down. The car started to crab and go sideways under braking and from there I couldn’t recover. I went backwards into the tires, not bad enough to put us out of the race, but bad enough that I had to come in and change the rear wing. We lost two laps and from there it was just about collecting data and bringing it home. It was just a very disappointing weekend. I really wanted to do a lot more for the Mouser Electronics, Molex guys, but I guess it wasn’t meant to be this weekend.” 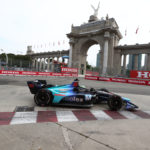