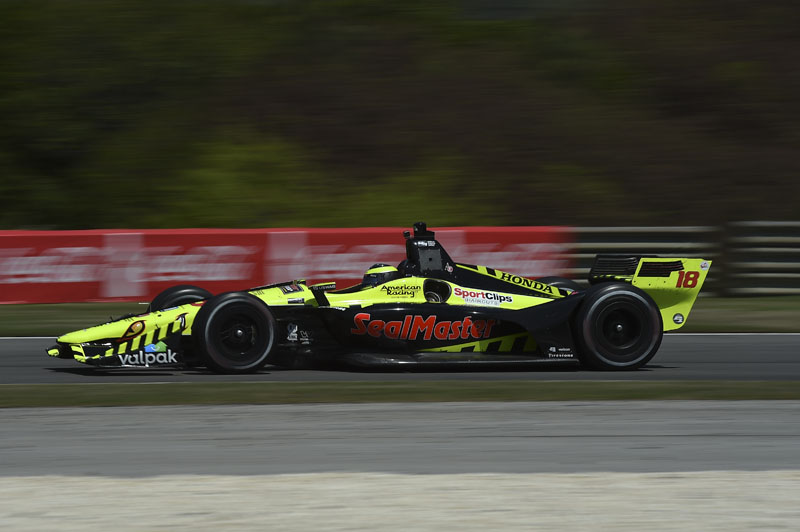 Sebastien Bourdais had his best qualifying effort in eight attempts at Barber Motorsports Park qualifying third today for tomorrow’s Honda Indy Grand Prix of Alabama. Bourdais, behind the wheel of the No. 18 Team SealMaster – Dale Coyne Racing with Vasser-Sullivan Honda/Dallara/Firestone car, entered qualifying seventh on the combined speed report following two practice sessions yesterday and one this morning. Bourdais went out in Group 2 in the first round of qualifying and despite not getting a timed lap on the faster Firestone red (alternate) tires due to a red flag, still posted the second fastest lap of the 12 drivers in his group. He therefore advanced to Round 2. In the second round, Bourdais recorded the sixth fastest lap and advanced to the final round of qualifying, the Firestone Fast Six.

This is the first time in three road/street events this season that he has advanced to the final round. In the Firestone Fast Six, the team waited until approximately four and a half minutes were left in the six-minute session and made one run again on the red tires. On his first timed lap, Bourdais took over the top spot on the speed charts. However, at the end of the session two drivers slipped past him dropping Bourdais to third overall. The third-place qualifying spot surpasses his previous best of fifth at Barber in 2016.

“Obviously, a really solid day for the SealMaster Honda No. 18. We’re just missing that final last little bit. I’m not quite sure how we are going to get that thing to turn in the slow speed corners. I’m really struggling to get it in and as the track grips up you can tell we are struggling to keep up. It is what it is, but I am really satisfied with third in qualifying. I don’t think I would have put a lot of money on qualifying that high, to be honest.

We really had to be on our “A” game to do that. It was so tight, we were even wondering if we were going to make it out of Q1 (first round of qualifying). I am really happy it turned out the way it did. We tried something overnight that wasn’t quite right and we lost pace this morning in comparison to the opposition. So, we went back to yesterday’s car and tweaked on it and it seemed to be pretty darn good. We will keep digging and see what kind of conditions tomorrow brings. It more than likely looks like rain. I have no idea what that will do because I have never turned a single lap with that car, that bodywork, in the rain. So, there are a lot of question marks, but we will take whatever comes our way. Hopefully, we hit the setup right.” 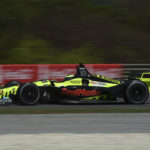