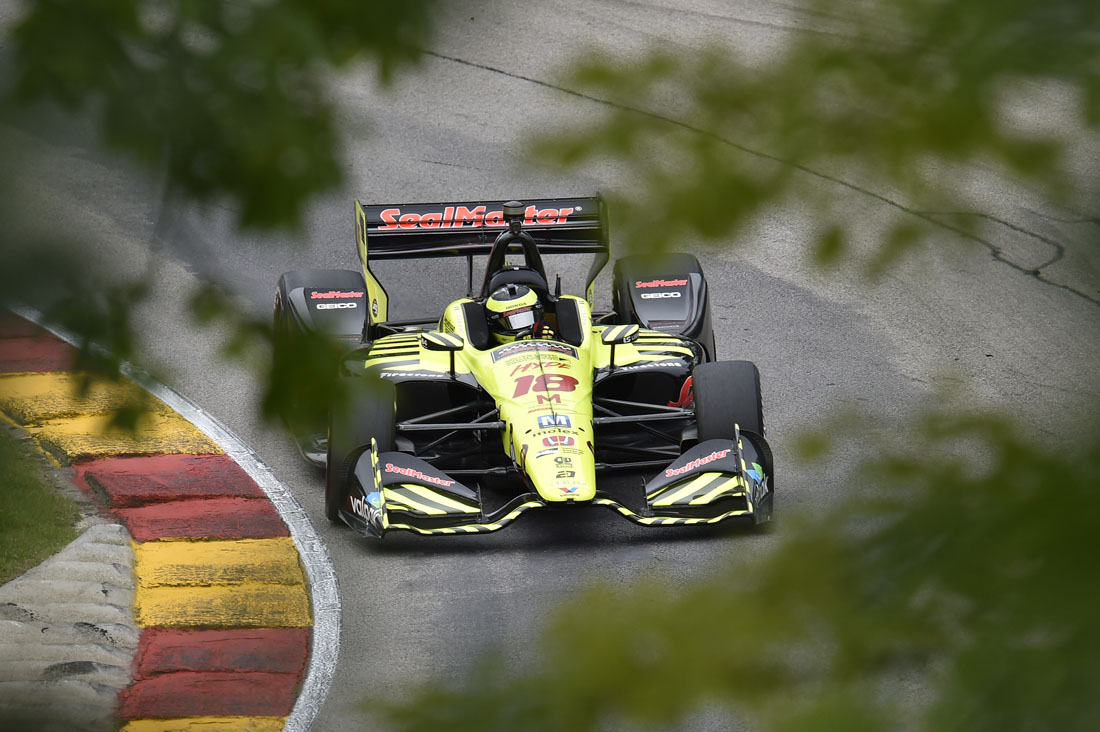 A software glitch robbed Sebastien Bourdais of a possible podium finish in the Kohler Grand Prix on the scenic Road America permanent road circuit in Elkhart Lake, WI. Bourdais, who started sixth in the No. 18 Team SealMaster – Dale Coyne Racing with Vasser-Sullivan entry, was running with, and in fact challenging the lead group, when suddenly he lost the ability to shift and was forced to pit. The team rebooted the car, but the damage was done. Never a group to quit in the face of adversity, both Bourdais and the team continued to fight in hopes of a yellow that would have put them back in the hunt. Unfortunately, the yellow never came. Bourdais then took it upon himself to put on an amazing performance. Despite having to massively save fuel due to the early stop, he not only kept up his pace, but passed cars thus allowing him to come from the back of the field and salvage a solid 13th place finish. His ability to make it to the end of the race while still remaining competitive on the track, had the entire team raving about his effort.

“The SealMaster Honda was so strong again. We were holding with the lead group and I felt like the guys in front of us were starting to lose their tires faster than we were. The prospects were looking good, then I lost all shifting for about 30 seconds. It started to work again when I got on pit lane. We rebooted, but at that point the race was basically over, as there was never a yellow to reset the field. Because we pitted early we had to save a massive amount of fuel, so that was pretty much a double penalty, the time lost and the amount of fuel I had to save the rest of the way. As usual, when you need a yellow it never comes. It’s a shame. A really solid run that turned into no result. It is what it is. We will just keep at it and hopefully catch a break every now and again the rest of the season.” 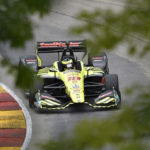