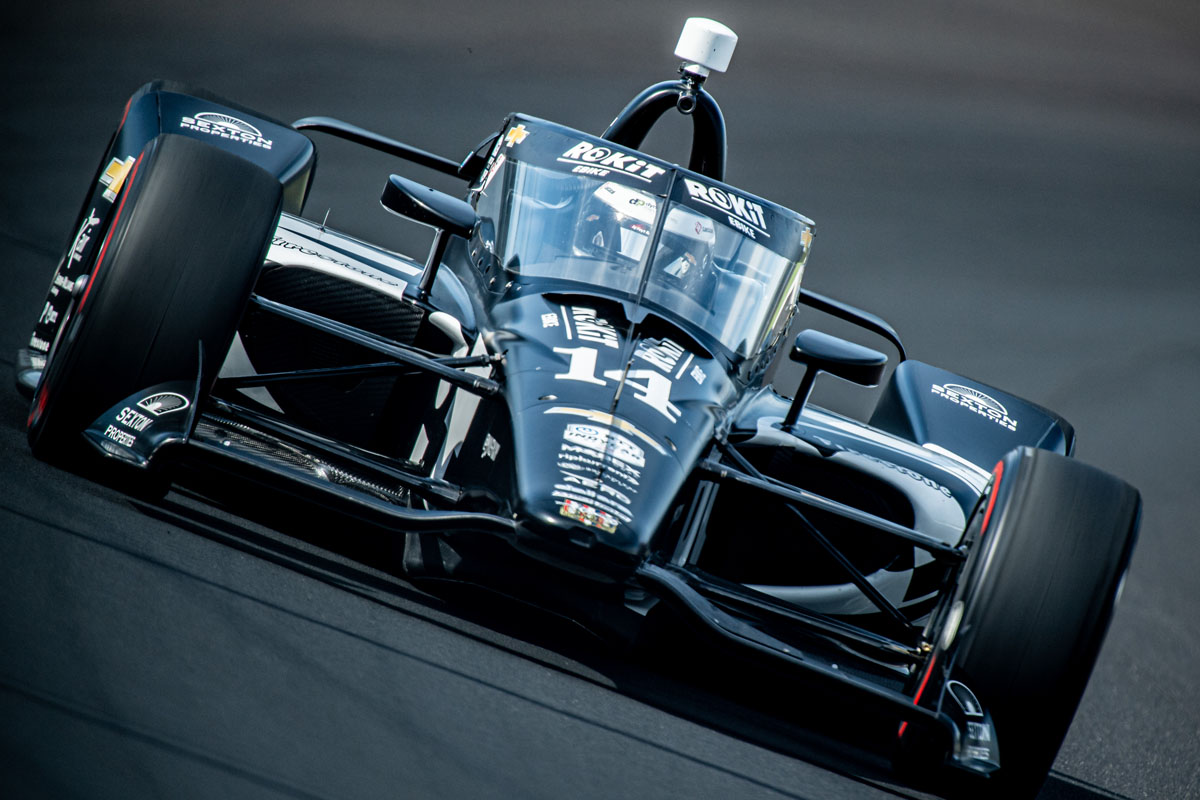 As fans were permitted back to the Indianapolis Motor Speedway for the 105th running of the 500, Sebastien Bourdais gridded the No. 14 ROKiT Chevrolet in the 27th spot, outside of Marco Andretti and Simon Pagenaud, the 2019 Indy 500 champion. Bourdais dropped back at the start but then seemed to catch a break when he pitted and successfully wended his way through Wilson’s accident on pit road on lap 34. The same accident that cost several others track position, netted out for Bourdais with a gain of six spots to restart in 18th.

As different fuel strategies began to play out, the team rolled the dice after the halfway mark of the 200-lapper betting that Bourdais would be able to save enough fuel while in the draft. However, he was in a pack of cars where no one wanted to lead because everyone was trying to save fuel. It soon became clear that unless there was a yellow late in the race, he would have to pit for fuel. And he did on lap 197, dropping from 17th to 26th.

“Not our day today for the ROKiT Chevrolet No. 14,” said the four-time INDYCAR champion. “Obviously, we gave it our best shot starting 27th, but never really made the huge leaps forward. We seemed to be gaining some positions but then with 80 laps to go, we decided to try the fuel strategy and make it on one more stop from there. Unfortunately, we just came up short and had to make a splash and gave up a bunch of positions, but at least the guys tried something. We’ll move onto Detroit and try to make it up there.”